We looked at different voting and election systems, including first-past-the-post, two-round runoff, instant runoff, Borda count, and the Condorcet criterion. We voted for the best candy (the winner was chocolate peanut butter cups, but it was close!). We watched a PBS Infinite Series video about voting, and worked through some puzzles and problems. The video is here:

Photos from the session:

Handouts from the session 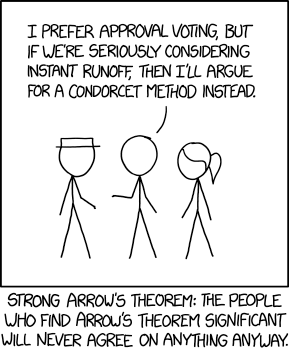